Radim Koštial was named a new Chief Executive Officer of Sipral on December 1st. He replaces Leopold Bareš after 25 years of Sipral's existence. Mr. Bareš continues to be the only owner and Chairman of the Board.

„Sipral is a great hatchery of talents and is full of the best experts on design and facade realisation. I want to continue in developing this unique capital and gallery of our fascinating reference executions with further growth on strategic markets. Sipral must be a respectable partner to the best fabricators and suppliers of facades in Europe,“ describes Koštial his next steps in Sipral.

Radim Koštial has been cooperating with Leopold Bareš since 1991 when they founded Sipral and Fastherm in which they became partners and sold it in 2002. Then he worked as a director in Tremco Illbruck, a company producing construction materials in the region of Eastern Europe, Russia, Middle East, Africa and Asia. He went through the European top management of RPM American corporation. In 2012 he started his career as a management consultant specialized in strategies, communication and acquisitions. In the beginning of this year he came back to Sipral as a Commercial director.

Sipral was founded in 1991. Today it is a leading Czech supplier of external envelopes of buildings made of glass and light metals with more than 250 employees in the Czech republic, Denmark, Great Britain and France. In 2006 there was Sipral UK Ltd., a British subsidiary founded in London. Three years later a French subsidiary was founded in Paris and then a Danish one in Denmark. Among our prestigious projects you can find  Fondation Louis Vuitton by Frank Gehry, Amager Bakke, an incineration plant in Copenhagen designed by BIG architectonic studio and Arena Nanterre designed by Atelier Christian de Portzamparc. In the Czech republic Sipral made a complex envelope for example for Quadrio, a multi-function building or Florentinum and Main Point Karlín, administrative buildings. 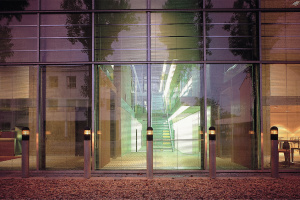 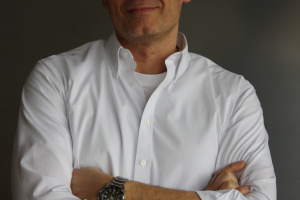