October 12, 2017 – The legendary rock band will finish its No Filter tour in U Arena which, on the contrary, will commence its operation officially. SIPRAL clad the multi-purpose stadium with decorative scales and last week it passed very demanding fire safety tests.

On September 29th 2017, a special commission published an official result of fire safety technical inspection. Its task was to check every safety device within the construction of the new multi-purpose rugby stadium, a so-called U Arena, Nanterre, Paris. During the tests the commission checked overall safety provision in the whole building, mainly fire systems, fire openings, smoke vents and air supply vents.

In terms of fire safety, SIPRAL delivered a special sliding door that forms part of selected cladding shells. The door is connected to fire bridges leading from and to inner spaces of the arena. In these demanding and strict tests SIPRAL obtained excellent results.

Also, works in the interior of the rugby stadium are coming to an end. Apart from inner room furnishing, the playing surface got a new artificial grass on which Racing 92 rugby team will play their matches. Next week Mick Jagger's voice and instruments of the legendary „Stones“ will roar in the hall. The Rolling Stones are going to inaugurate the U Arena and give three performances in a row there starting with 19th, 22nd and 25th October 2017.

U Arena in numbers

Execution: more than 3 and a half years 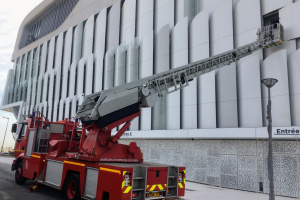 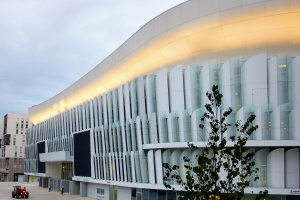 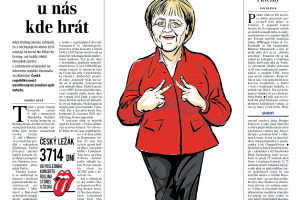