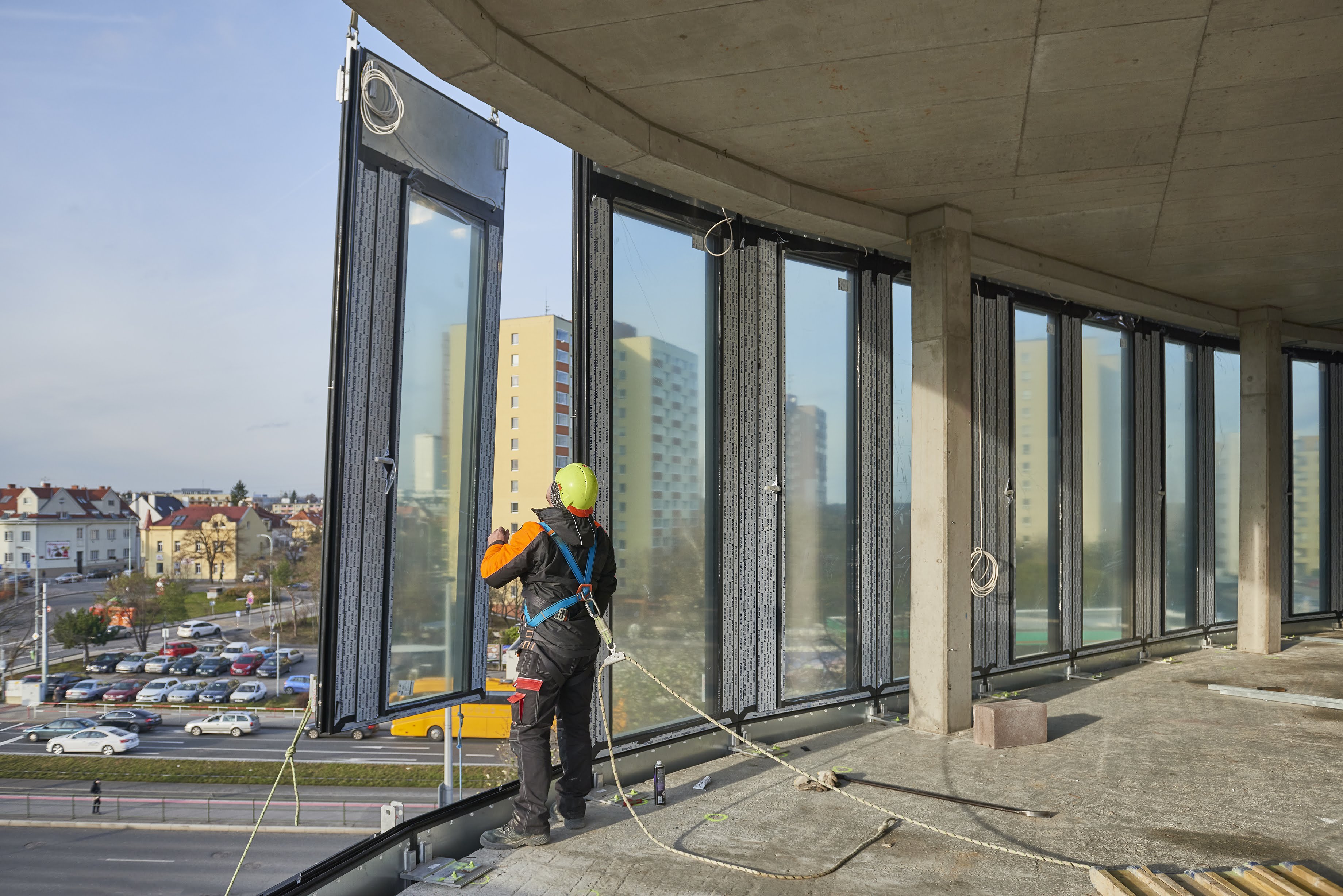 Vertical facing elements brighten up the façade of AFI Vokovice

January 19, 2018 – Installation of the unitised façade on building B of AFI Vokovice office centre took place at the beginning of December. Golden facing elements are currently being installed on the same building.

“Pre-production of the unitised façade was performed in our logistics centre of production and storage in Jirny where we are able to complete up to 250 square meters of the modular façade in a controlled environment every day. A test wall was set up at the company seat at Prague 10 for impact tests of both the façade system and facing elements, as their complex shape and larger-than-normal dimensions required a degree of caution when setting up production, handling, and erection procedures,” says Josef Kautský, Project Manager, adding: “Thanks to careful project preparation and good coordination across the entire project team, we are able to supply the work in above-standard quality, in line with defined schedule, and also in line with individual requirements of the client.”

DAM Architects tastefully combined two types of vertical facing at AFI Vokovice. The more conservative building A is characterised by coloured concrete elements. Building B has a smaller footprint but is taller. It will be faced with complex three-dimensional elements with a golden surface treatment. The golden facing elements are currently in the process of being installed on the modular façade of building B. 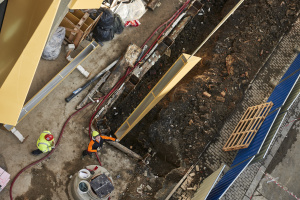 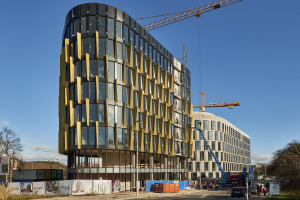