16th October 2018 – “Working in British surroundings is no walk in the park. Any field you work in the key for your success lies in fairness, honesty and professional approach,” says Radim Koštial for the October issue of Forbes Česko. No matter what your area of business is, the key elements for success are fair-play, honesty and professionalism.

Enjoy your reading about Sipral´s recipe for success in Great Britain. The whole story of a Czech-British alliance lasting since the 90s when Sipral became a sub-supplier of another construction company already established in Britain is described by Filip Grim in Brandvoice section.

A non-abridged article in Czech is here. 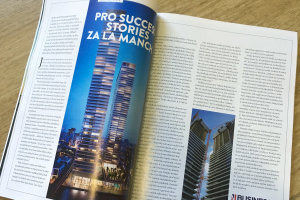