During the year 2003 the administrative building in Jankovcova street, Prague 7, was reconstructed. During the reconstruction the current cladding envelope made of metal panels with windows was changed for a new facade. Sipral supplied complete works related to the facade reconstruction, so we dismounted and removed the current one and delivered and installed new glazed facade structures. 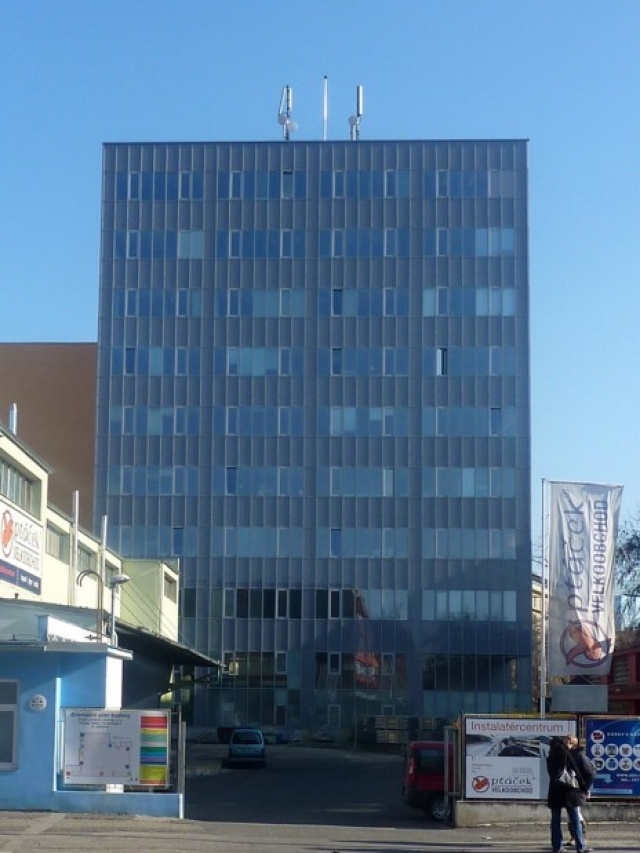 The nine-storey administrative building got a new stick-system facade, on which glazed and non-transparent panels alter regularly in horizontal strips. The glazed area is also zoned with non-transparent panels in regular spacing and each fourth field contains an opening window. To break the uniform facade area visually there were protruding cladding boards made of aluminium lamellas inserted. Also skeleton brickwork below the cladding of aluminium lamellas, inserted window and door structures and manually controlled entrance door were also supplied by us.