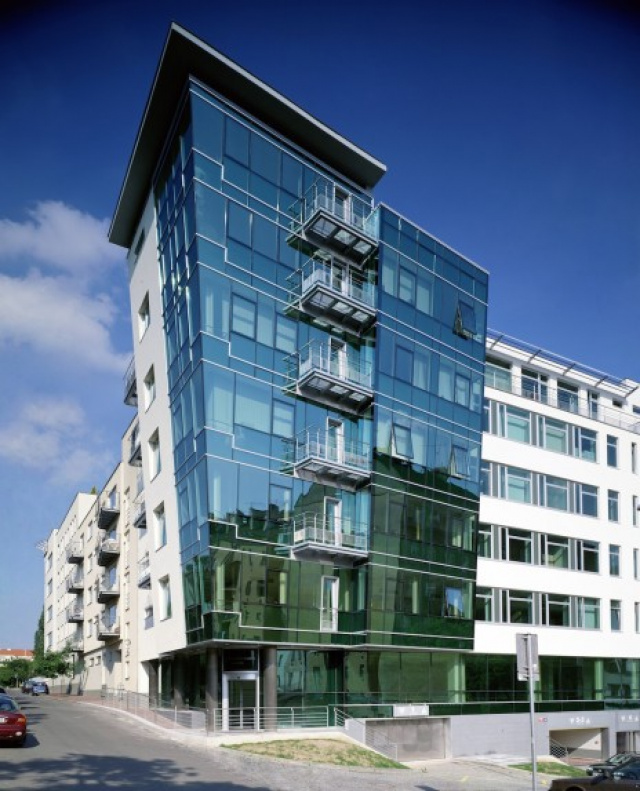 For this reconstructed administrative building on Hájkova street Sipral delivered the glass facade and other facade elements. The building has warmed-up and plastered facades facing Hájkova street, but its main aspect is created by a semi-structural upward widening facade of the corner part made of the Schüco FW 50 SG system. Glazed shop windows on the ground floor consist of stick system facade ended with rounded sliding doors made of bent glass on the corner. 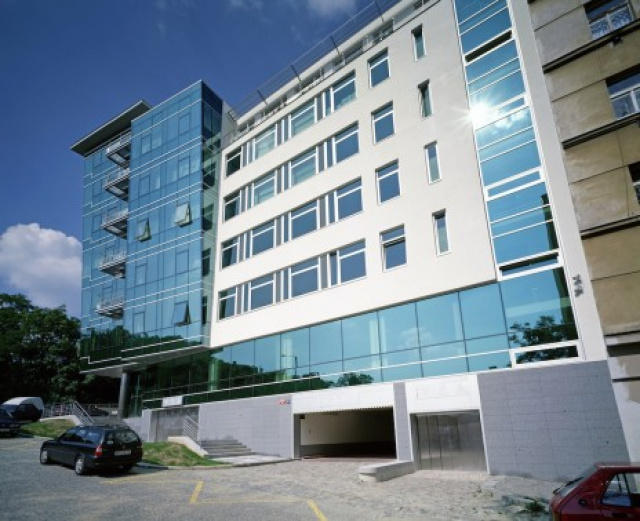 Complex geometrical construction of the glazed facade caused by two height levels of the roof, alternation of various inclination angles and several layout staggers laid high demands on design preparation that had to be made in 3D modelling. The 3D model was re-calculated when the concrete skeleton had been finished and surveyed and then we could start with fabrication of individual facade parts. Each of them had its own description for subsequent exactly defined location on the facade. Certain problem with this atypically made facade was caused by exhausts of condensation water off its surface, since its mullions did not follow up each other in the vertical direction. We solved it with a bigger number of drainage holes in the strips. In the warmed-up facades we installed opening windows and balcony doors of the Schüco RS 65 system, claddings of suspended ceiling were then made of sandwich aluminum boards (Alucobond), receding terracces in the yard wing are equipped with aluminum solar-control grilles. The roofing of the entrance tunnel leading to inner garages made of Makrotherm material (transparent chamber plexiglass), lifted up with aluminum bent profiles.