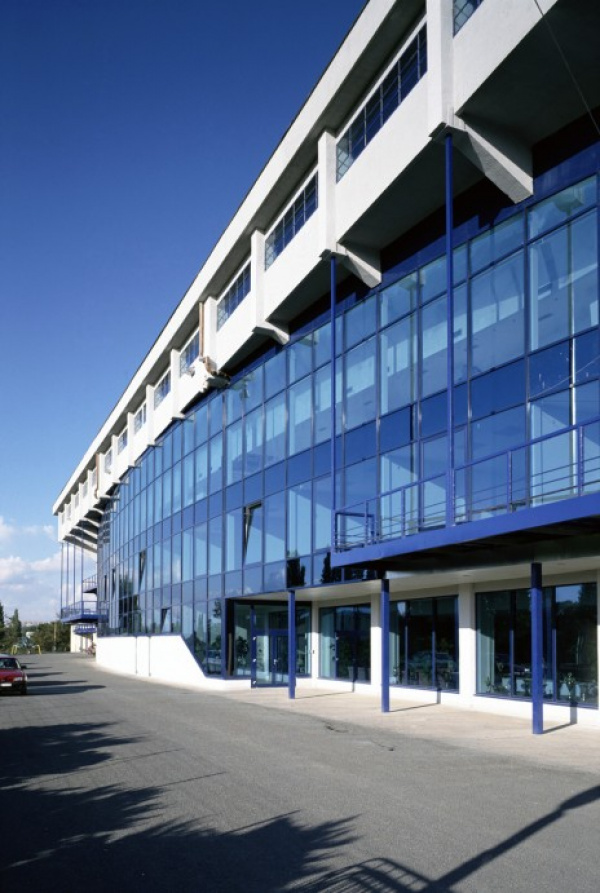 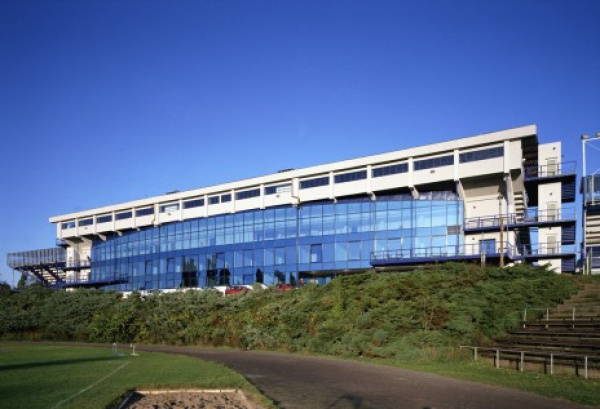 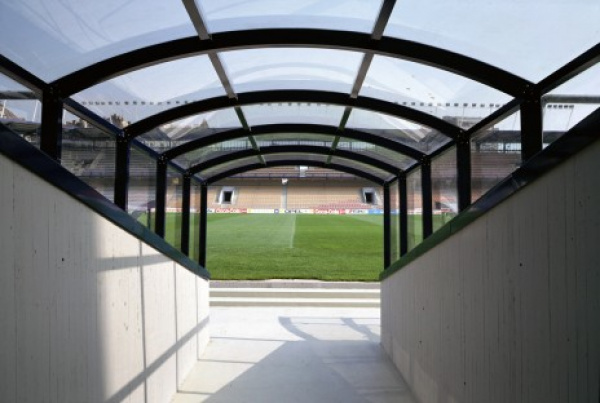 This project proves that glass facades can be used and applied widely. Sipral delivered a complete facade cladding of the reconstructed terraces that copies a big radius arc.

The investor chose Hueck KF 60 facade system with opening panes Hueck 2.1.  as the most suitable. Blue color dominating the whole reconstruction goes with Stopsol Supersilver Dark Blue glass from Glaverbel that was probably used for the first time here in the Czech Republic.

The architect’s aim during the stadium reconstruction was to utilize the western terraces to the maximum and make background for players and visitors there. Sipral delivered interior glazed partitions, sliding doors with sandblasted glass, benches for players, entrance tunnel as well as glazing of lodge of honor. All these construction elements and other components helped to create pleasant environment for players and audience on the reconstructed Sparta terraces.