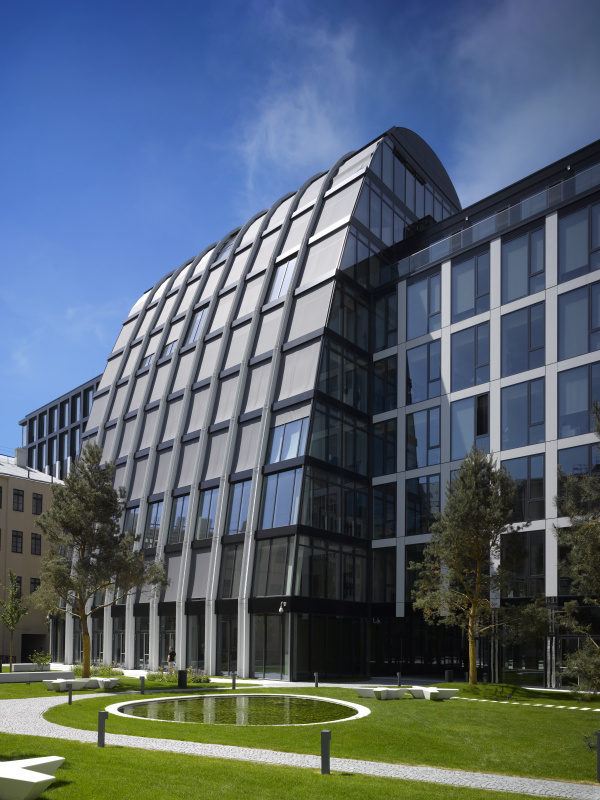 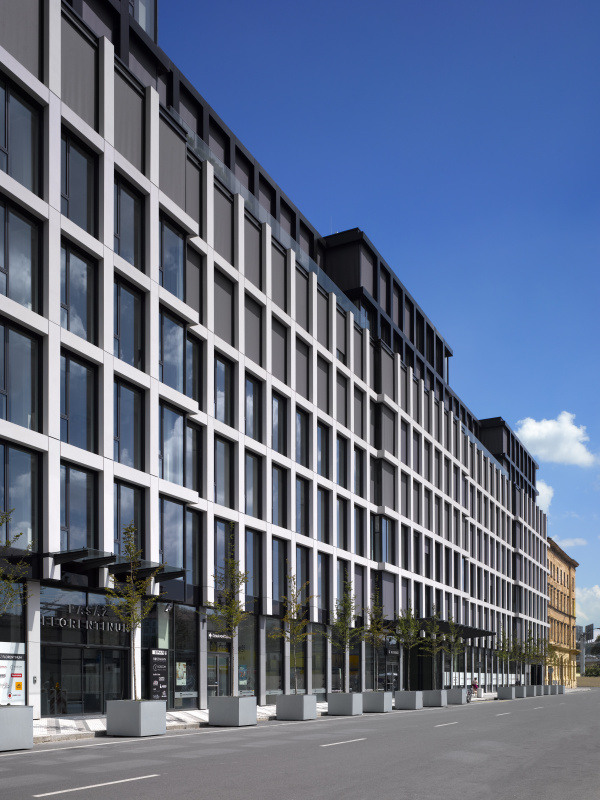 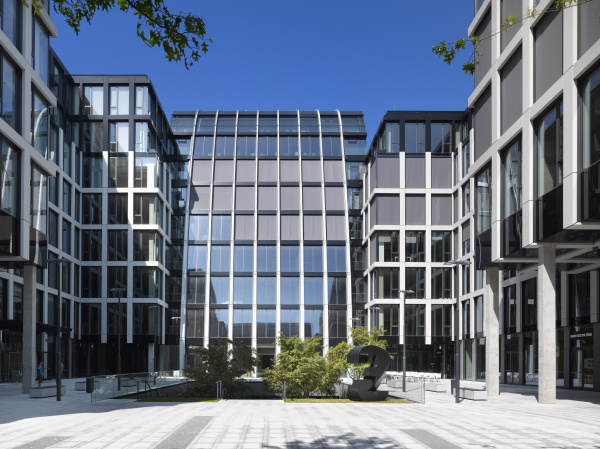 Florentinum is a modern administrative building located in the centre of Prague close to Masaryk´s station. The building substitutes the original Rudé právo object, which later on became a seat of Czech typography that did not fit in the surrounding built-up area.  The building, in spite of its generous dimensions respects character of the area it is situated in.

Cigler Marani Architects studio is the author of architectonic design. Florentinum consists of two parallel longitudinal wings connected through diagonal buckles – arcs that stand out above horizon of the surrounding buildings.

There are 49 000 m2 of new office areas in nine floors complemented with 7 500 m2 of retail area and on the ground-floor and the first underground floor. On three underground floors there are 600 new parking lots being constructed as well as more than 3 000 m2 of storage area.

Basic size of element facade modules is 2,7x3,85 m. In each module glazed with insulating double-glass units there is an opening window installed. In non-transparent part of modules there are bond boards installed. In the space of piazza and the main facade in the street Na Florenci the non-transparent parts of modules are also equipped with bond boards. In lower floors these are equipped with 3D glass-fibre cement shaped pieces where their horizontal and vertical lines create plastic relief of the facade and represent a characteristic element of the building design.

The facade of the arcs is a unique system of an element facade technical design. Thanks to the facade geometry the installed modules are installed on each floor in a different incline. Basic width of the tower element facade is 2.7m, length of modules varies from 3.8m to 5.2m. The non-transparent part of modules is equipped with treillage system from the exterior that creates continuous lines copying the facade in a shape of a parable.

There are many special designs of modules on the facade of towers used only once in this project. These are mainly the spatial modules of balconies and arched modules on the ninth floor.  The arched modules represent unique realization in the category of element facades thanks to complexity of their design, fabrication demanding character and number of used components.

Execution of the element facade was commenced in November 2012, installation of the modules themselves started in January 2013. Installation of all modules was finished in the middle of June 2013, i.e. approximately five months from the installation commencement.

In the parterre the element facade is complemented with a stick facade. Total scope of stick facades is more than 3 000 m2. In the entrance lobby where the facade goes over two floors there is used a mounting system on a steel structure. In other spaces the facade is a stick system going over one floor. In the exterior of non-transparent parts of the stick facade there is a 3D glass-fibre cladding installed as well as on the vertical element facade.