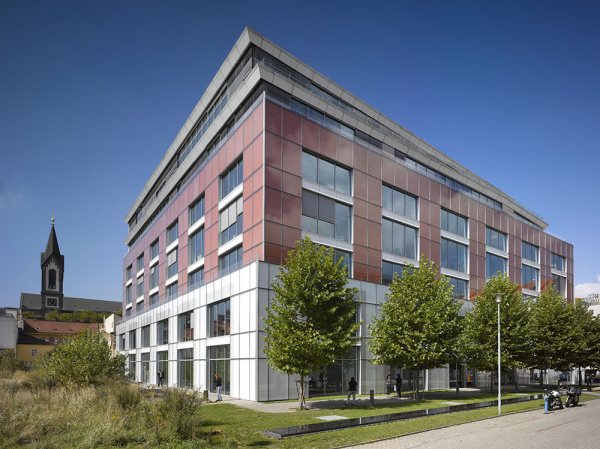 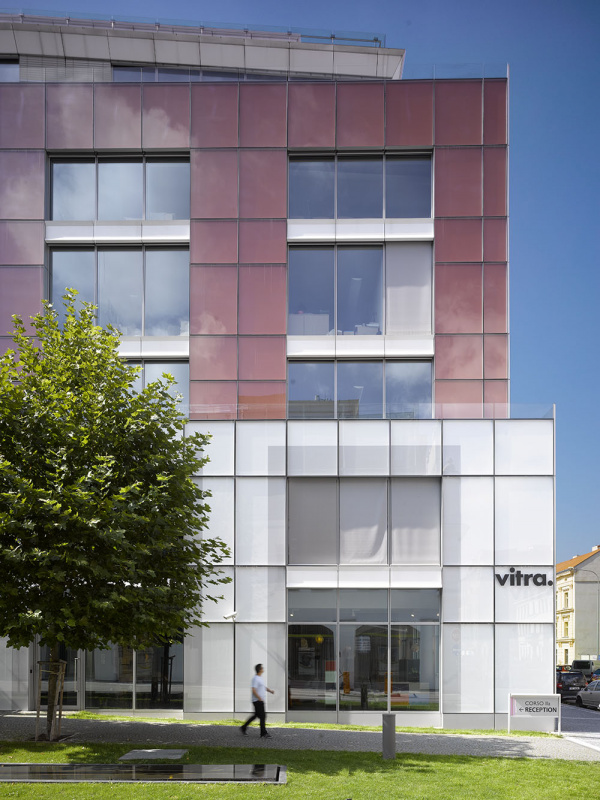 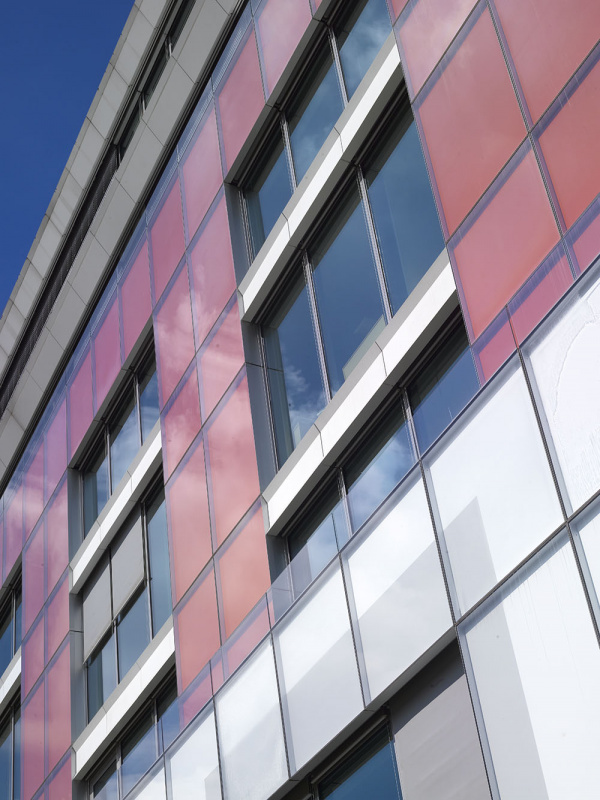 CORSO II A built in 2007- 2008 is located in Karlín, Prague, on Křižíkova street close to Corso Karlín, our famous and successful building. Ricardo Bofill, a famous Spanish architect is the project´s author.
The building has seven floors, its layout is irregular and its eastern facade is slightly bent.
Sipral made a complex external envelope that is made of a double-skin facade on the North, East and South. The main element facade (approx. 3700 m2) is covered with atypical suspended facade (approx. 1700 m2) on the place of non-transparent parts made of aluminium anodized frames, composite boards and structurally glued glass units. Colour zoning of the suspended facade composed of 540 panels is white-grey on the first two floors, brick red on the 3rd to 6th floors and bordered with white bond ledge on the 6th – 7th floors. Two last floors are glazed along their whole height. On the 3rd and 6th floors there are terraces with railing made of panels of the suspended facade with overlapping glazing. On the 7th floor the railing is formed of glazed railing with stainless handle and mullions.
On the western side of the building there is „a patio“ with a stick system facade of 540 m2 that is separated with bond ledges on each floor. A part of the facade has EI45 grade of fire resistance. Shading of glazed facades is made with combination of exterior electrically operated lamella louvers and textile blinds that rolling the ledge space. Only the 1st floor is equipped with interior louvers. The main entrance is formed with sliding door and is totally covered with a glazed canopy suspended on stainless tension rods.
For Sipral this project was a real challenge. Atypical nature of the designed aspect of facades needed above-standard approach during realization. Mainly the spatial cassettes of ledges and the whole suspended glazed facade meant high requirements for exceptional technological discipline during manufacture as well as manipulation and installation of these facade elements.
External envelope of this building shows unique signs of the architect´s and developer´s courage when using modern materials and applying modern technologies on facades. At the same time it respects industrial historical spirit of the environment around Karlín.